Menu
Widcombe Infant School, Bath - Welcome to Our School Website
Log in
Preparing children to be lifelong learners and make the most of life within this world.

The Goblin Next Door

Each summer Widcombe Infant School performs its annual summer musical. ​This year it was The Goblin Next Door telling the story of the Goblin Men who come to Fairy Dell and spoil the lives of the fairies and pixies who live there by being mean, rude and unkind. When the fairies and pixies leave Fairy Dell to find a new home and the Goblin Men realise they have no friends, it is the woodland creatures who show the Goblin Men how to treat others around them. In typical story telling fashion and in the words of one of the songs "All's well that ends well" with a happy ever after ending. 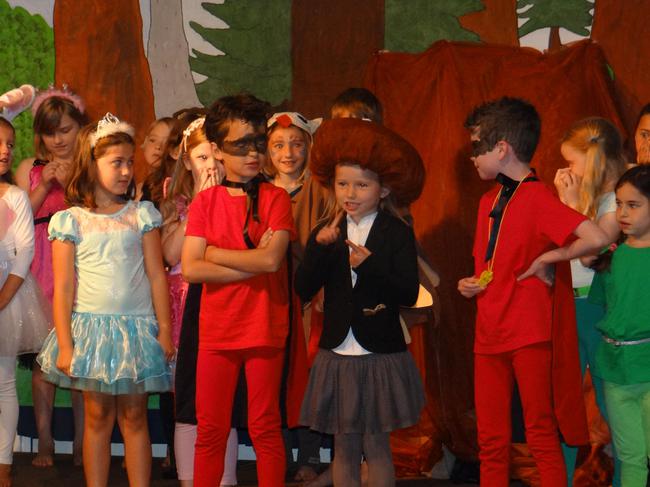 All our children were in the musical and performed a great show. Our Reception children were the little fairies and pixies singing all the songs. Our Year 1 children were the woodland creatures who made up the Pixieland Band and all played percussion instruments to accompany the songs. Our Year 2 children acted the story and performed dances to enhance the production. The children did a special performance for Year 4 children from our Junior School before performing on three afternoons to their families. It was a wonderful show to celebrate the end of the school year, with the children showcasing their talents. 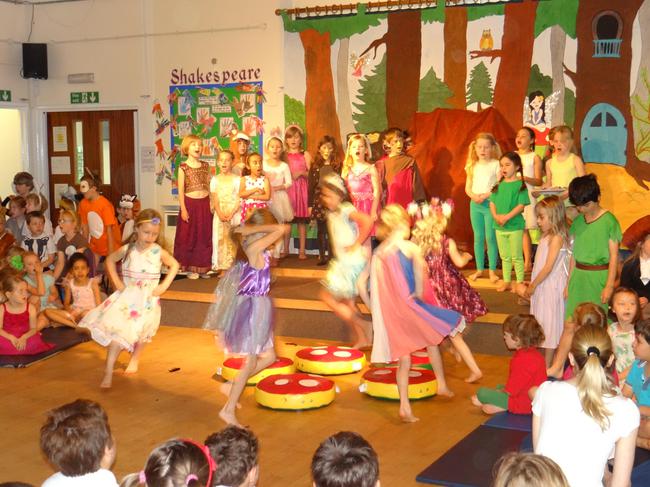